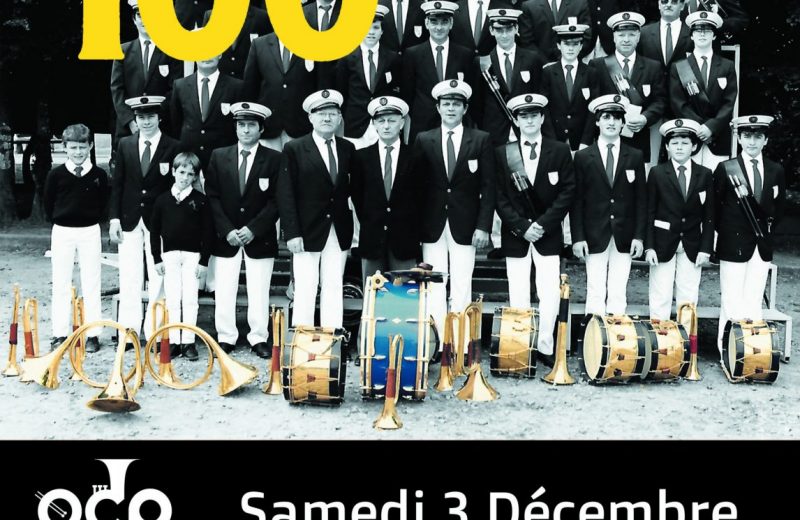 The association is celebrating its 100th anniversary. Composed of its two musical groups, the Local Brass Band (FDC) and the Orchestre de Cuivres et Percussions du Loroux, we invite you to celebrate this centenary with us, in music.Saturday at 8:30pm concert at the Palais des Congrès and Sunday para

The association l'Avenir du Loroux-Bottereau is celebrating the 100th anniversary of its creation this year. The association is composed of two orchestras each with a different aesthetic. -La Fanfare du Coin is a street band in the Funk / New Orleans repertoire. -OCP (Natural Brass and Percussion Orchestra) only performs in concert. Two highlights are proposed to celebrate this anniversary: Saturday, December 3 concert retrospective by the OCP at the Palais des Congrès from 8.30pm. Admission is free. A aubade de la Local Band at the end of the concert. The OCP will enchant your ears with a beautiful orchestra composed of 42 musicians that evening! It will also be an opportunity to travel through time through the evolution of his repertoire! Sunday 4 December, parade in the streets of Loroux with the help of many former musicians and majorettes de l'Avenir and a giant band of more than 70 musicians and twenty majorettes! The Procession will depart from the church square at 12 pm making a loop in the streets of Loroux before going up the street Colonel Bou0n to return to the church square around 12:30. A piece of aubade will be played on the spot before talking again in parade to the room of the Tannerie where will be served a wine Accompanied by an aubade de la Fanfare du Coin.