Homepage / The destination / The unmissable / The amazing Clisson

Between Brittany and Italy, Clisson is an unusual and colorful city and the very surprise of the vineyard of Nantes

At Clisson were born Olivier V of Clisson, and the last Duke of Brittany, François II, father of Anne of Brittany. In the fourteenth century the « Marches de Bretagne » are the border between Brittany and France. The Clisson covered market reflects the economic dynamism of the time. It is one of the largest and oldest in France,

SECOND Act A PLACE transformed with an Italian style

After the Revolution, Clisson became in the 19th century a landscape inspired by Italy. F-F Lemot sculptor of Napoleon settles in near Clisson he realizes a neoclassical landscape inspired by central Italy. The decoration of tiles and bricks offered by Clisson is  a genuine Italian surprise in western France.
Discover the main sites and monuments of Clisson on the tourist map

Clisson is mass of heritage.

Clisson has many listed historical monuments and is the most important historical site of Nantes vineyards.

A vast monument built from the 12th to the 17th century, synthesis of the defensive architecture Burned during the civil war of Vendée, it was purchased by Lemot who made it the “monumental folly” of the romantic landscape recreated at CLISSON.

unique heritage for visits all year round.

Clisson for groups
The tourist office of Nantes vineyards  offers you a choice of turnkey day provisions or a wide variety of tailored services .

Clisson for individuals
All year-round, visit the city on your own thanks to the interpretation trail into the city .It is translated in english .

Clisson the green destination of your leisure 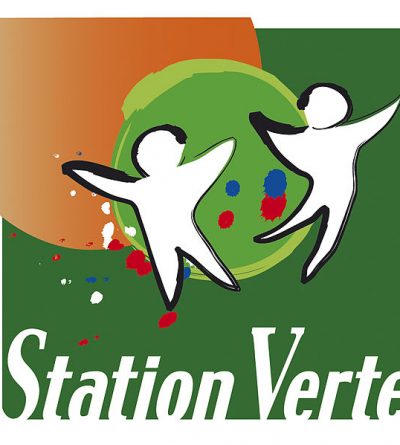 The city has obtained the french “station verte” (green resort) certification label in 2018. It offers nature activities on the sèvre nantaise river, hiking trails, a bicycle scheme and entertainment throughout the year

Clisson a place for photo addicts

The Clisson festival of Montmartre

Montmartre in Clisson: on the trail of perfect point of view